Now that New York has been destroyed, Auckland is rubbing its hands in glee, anxious to fill the cultural gap as the premier city of the anglophone world.

The horrible bruising the Big Apple received in the arms of Hurricane Irene should be seen as a great opportunity, not just for Auckland to finally not suck in comparison to New York. But an opportunity for New Yorkers, themselves.

If you live in New York, and you’ve drowned, you might consider how moving to Auckland will improve your circumstances.

Here are three reasons why.

Wouldn’t you love to live in a place where the temperature never soars above 80 nor sinks below 70? Where you are constantly refreshed by gentle trade winds, and where cocktails are served by sea turtles wearing cute little bow ties? Well, in Auckland, we wish we could too, so get over yourself.

A view of Eden Park, looking northeast from Sandringham Road, and a five minute walk from my house. Eleven of the 48 Rugby World Cup matches will be played at Eden Park. The surrounding residents look forward with great anticipation to the French Rugby fans urinating on our public and private infrastructure, just as they do in New York. The World Cup begins September 9, attracting something like 75,000 drunken foreigners to this city.

Most New Yorkers weren’t prepared for the devastating affect Hurricane Irene would have on their flocks. Consequently, their sheep at this moment are being herded like cattle into high school gymnasiums. The luckier ones are shitting on their owners’ friends’ futons. And the luckiest ones have been able to make special friends of their own. Auckland presents a different story. You might think that story ends in a slaughter house. But it doesn’t. That’s just the beginning. It then goes to the part where you have a little too much to drink, but thank god the kebab shop is still open. But the story still doesn’t end there. Because after you’ve wolfed down your doner kebab, you say to yourself, “holy crap, I’m going to vomit.” But the story still isn’t over, because even though you’ve completely missed your toilet bowl, your cat is showing a keen interest in what’s been spewed on the bathroom floor, and the cycle of life continues. 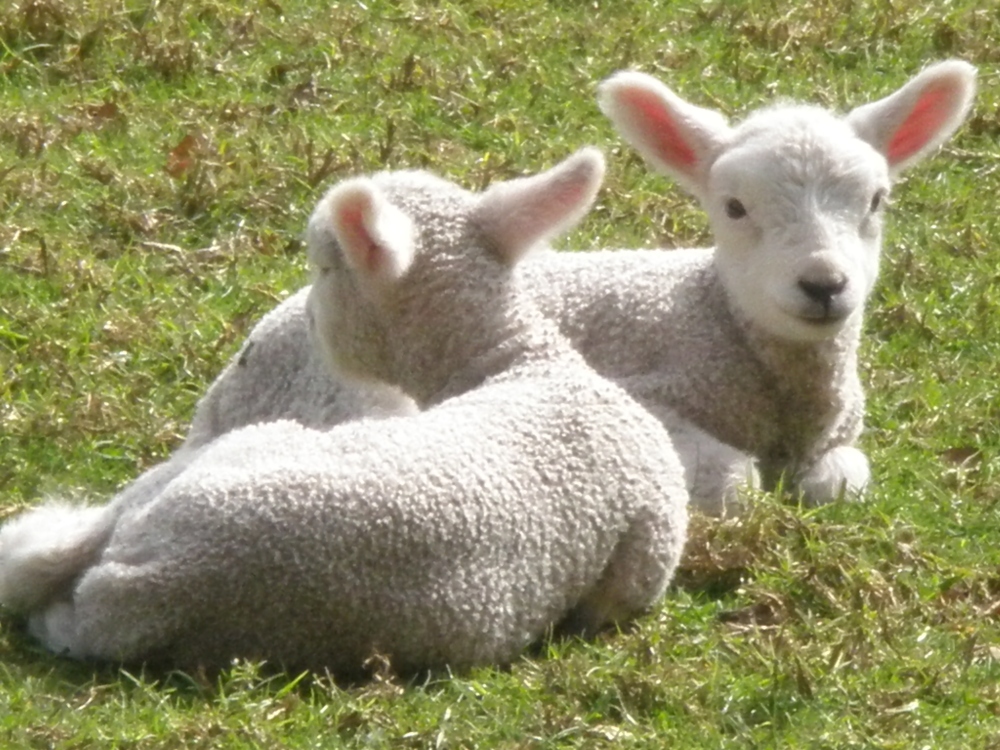 Fresh lamb, warmed over, resting on a pleasant Saturday afternoon, not too far from their whoring mother.

Close your eyes. Imagine yourself standing in a parking lot. You’re in New Zealand, so you’ll have to imagine yourself standing in a ‘car park’. I don’t use that term, myself, because I don’t like the idea of my car having fun without me. I’m not sure what Kiwis mean by car park. Is it a park where you can toss your frisby and your car will catch it in mid-air? Or is it the kind of park with water luges and roller coasters and rides that go in circle until you vomit and then all the cats come around to check out what’s been spewed on the ground? Well, no matter what kind of park it is, you’re standing in it. And you’re having a good time. At least you’re imagining that you’re having a good time. (I hope you’re still keeping your eyes closed). Now imagine yourself standing in the car park with a few friends. Perhaps one of them is smiling. Maybe another one is looking at his camera and realizing that the photograph of the hazy, rain-disturbed murk off the coast of Piha is actually not as interesting as he thought it would have been. Perhaps you have your hands on your hips because the ocean that you are looking over from the car park at the top of the coastal ridge is somehow displeasing to you.

Now with that picture in mind, open your eyes and look at the photograph below. 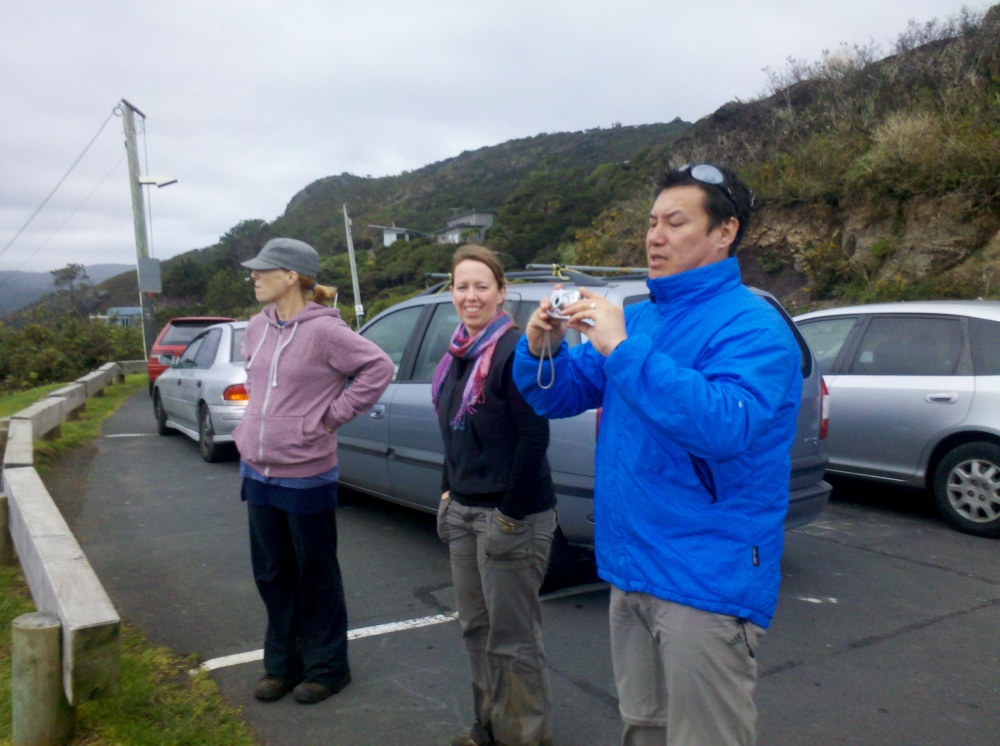 In Auckland, you don't have to imagine yourself having a good time.