Thanks to properties unique to Jacquie’s physiology, we’ve been evicted from an apartment for the second time in eight months.

They’re running us out of Mt. Eden, but good.

Now we have to go through that tiresome packing process all over again.

And what’s worse, you have to read about it.

See, it’s not just the big stuff, the furniture and the books and all that that’s the problem.

There’s also the dozens of boxes of clothes to shift, another dozen for shoes. Plus a small plastic bag for my things.

But there’s a silver lining around here somewhere. It’s this: we’re moving to a neighborhood known for its quaint wankerliness, to a building called Alcázar, in the mysterious land of Parnell.

Strangely enough, I haven’t seen the new place yet. But Jacquie assures me it looks something like this: 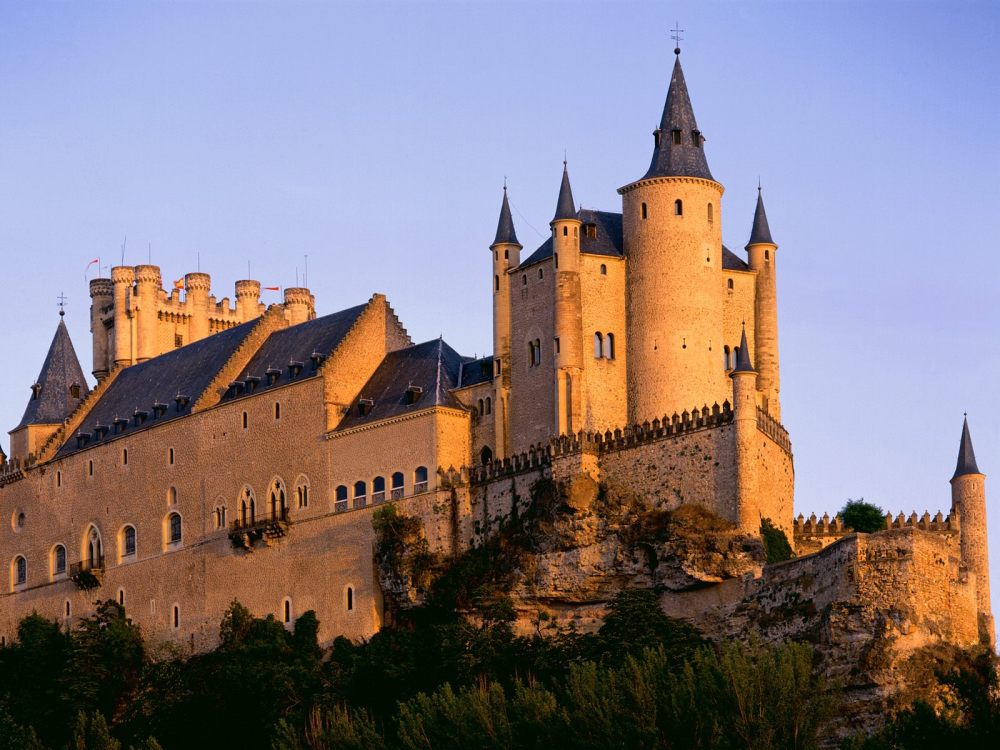 It all started in February, while I was on an overnight trip to Wellington.

That would be this nation’s capital (for those abroad that can’t be bothered with Google Maps).

It’s a compact place with heart, and a half-million people or so at the bottom of the North Island.

It’s got lively streets, scaled to pedestrian traffic, and art and theater, and a McDonald’s that stays open sometimes past 11.

In short, there’s plenty to keep you occupied in Wellington and if you’re ever down that way, my recommendation of can’t miss things you need to are this: 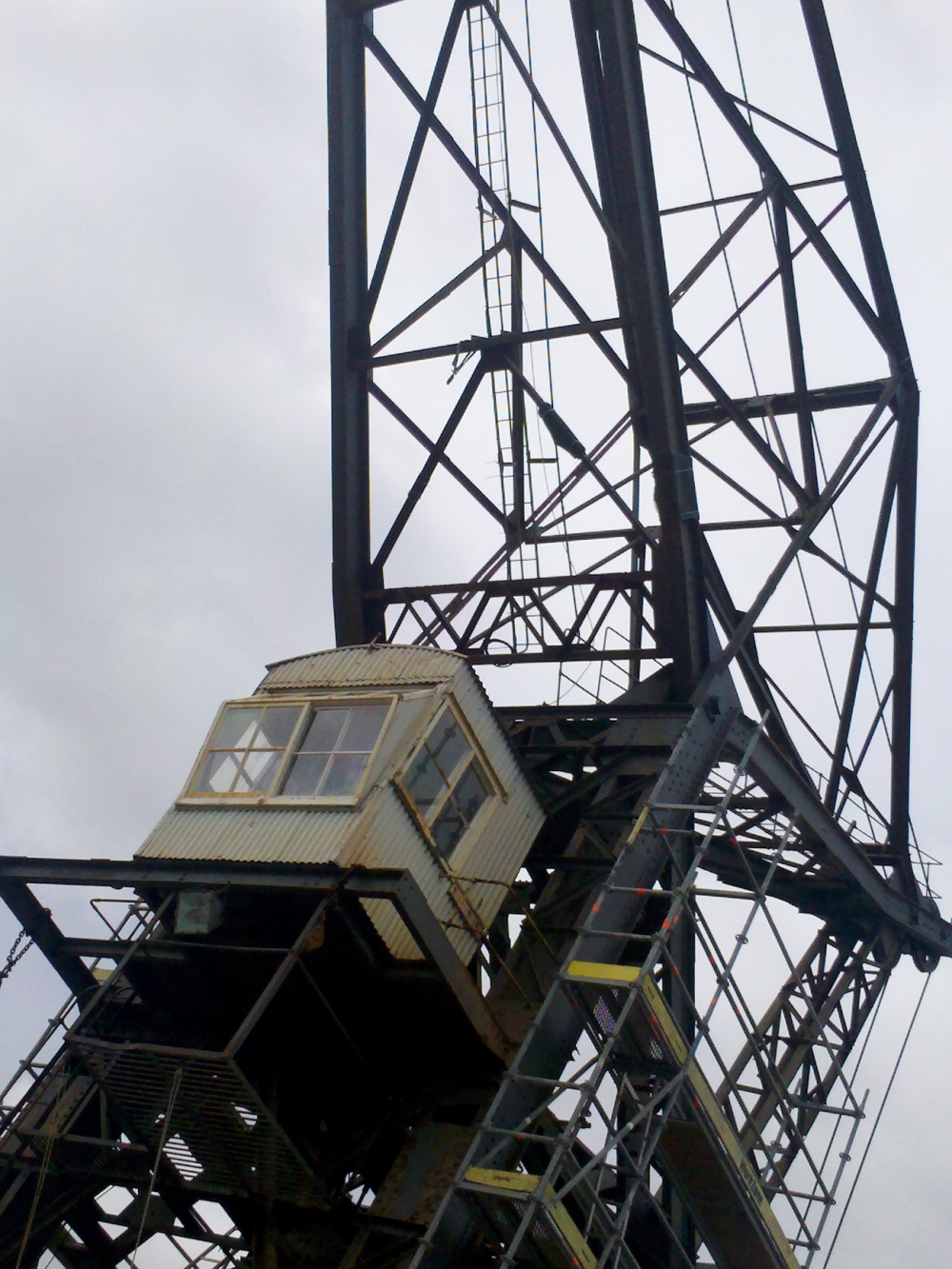 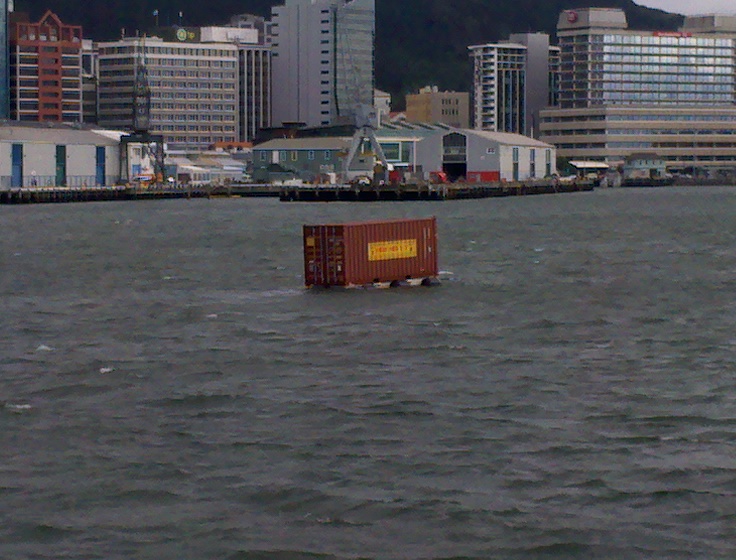 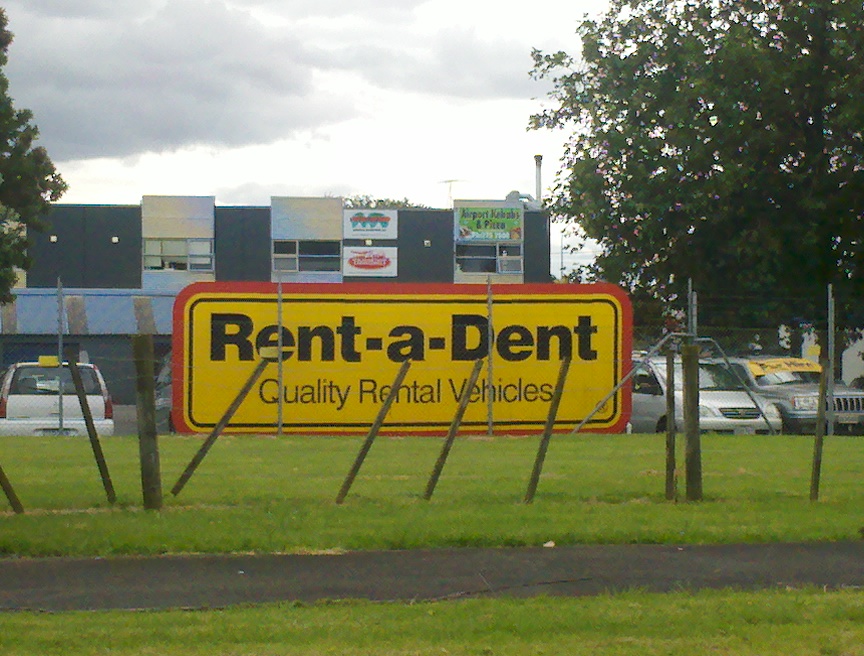 As superior a city to Auckland as these photos prove Wellington to be, don’t let that mislead you. It wasn’t all beer and skittles for me. There was work to be done. The company had flown me down to moderate a breakfast event, which required standing at a lectern before dozens of business executives.

Obviously, I had to look sharp and perform at my best. So the morning after I got into town, I woke up early, tossed on a t-shirt with only one mustard stain, and made my way over to City Gallery Wellington, only to realize halfway there that I had forgotten my pants. 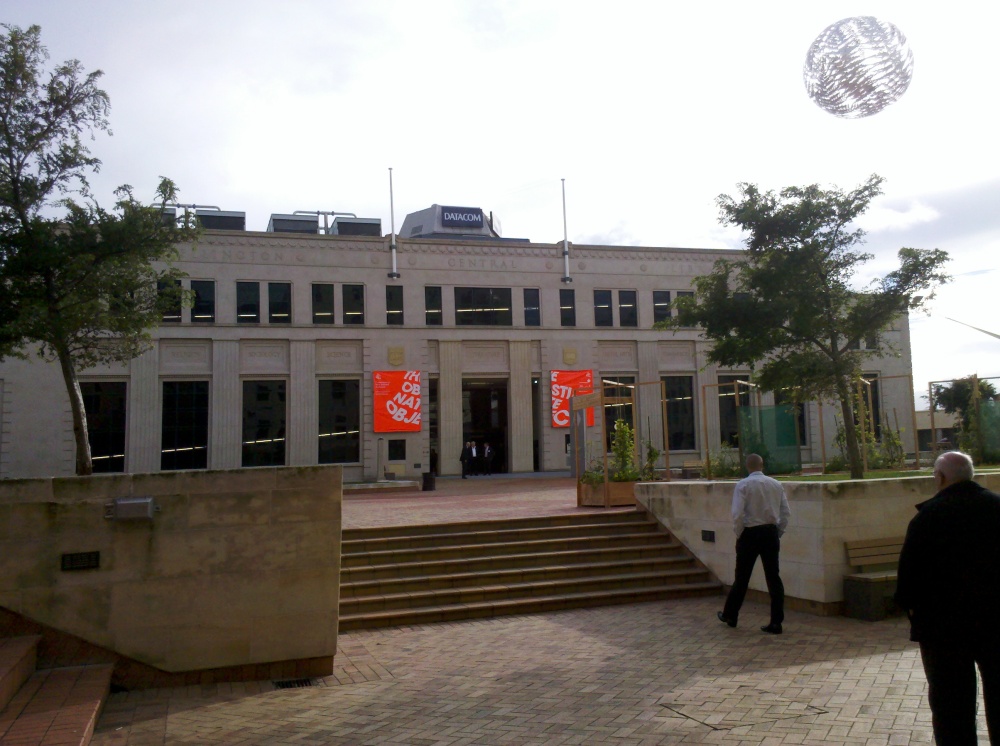 So I went back home, put on a pair of good pants, brought along an extra pair, because you can never be too careful.

Anyway, and in all seriousness, City Gallery is a really great event venue. I liked it a lot, and will definitely revisit next time down. The foyer was the perfect size for the audience we expected, and large, imposing pieces by artist Rohan Wealleans, who was part of a group show of New Zealand sculptors, provided a pleasantly surprising backdrop.

The discussion started after breakfast, with the panelists doing all the heavy lifting while I played Tetris on my Smartphone, interjecting every now and again with something like, “Fascinating. I just beat my old high score”, through the microphone. So we all did our part, and the discussion moved along splendidly, until out of nowhere my phone rings, and I see that it’s Jacquie.

I said hello to Jacquie.

“Are you sitting?” Jacquie said. I could tell she was upset.

“Ot-nay ight-ray ow-nay, know what I mean? Sort of in the middle of something here.”

“We’re getting kicked out of the flat,” she said.

“Yeah, it is. It’s odd. Incidentally, and apropos of nothing, complaints have been made, you know, around the neighborhood about certain smells and sounds, you know, emanating from somewhere in the vicinity of my ass.”

“Oh, no, Jacquie,” I said. “Not again. We have to leave because of your constant farting?”

“It’s Blastula,” she said. “Blastula’s back. And she means business.”

Be a pal and tune in again soon for the exciting conclusion of Escape to Alcázar.