There is, apparently, a significant shortage in Auckland of technically qualified, dexterous and competent people who will happily—and at a reasonable price—singe, pluck, pick, rip, rub, thread, and otherwise deprive you of that atavistic expression of our Cro-Magnon pedigree, excessive amounts of bodily hair. They’re calling it the biggest Depilatory crisis since the Muldoon years.

You would think Parnell might have been spared this shortage. What with our streets so quaint and narrow that our SUVs sometimes get stuck on something, such as the odd pram with an infant inside. (Incidentally, happy mother’s day everyone). What with our expensive lattes, and French farmers markets, and a fancy restaurant that makes risotto with a tomato-based paste, a recipe that Wattie’s will make billions selling out of a can, if they haven’t done so already. What with all Parnell’s expendable income, surely it could attract the best and brightest in the robust depilatory services sector. Not so. Not even in Parnell. 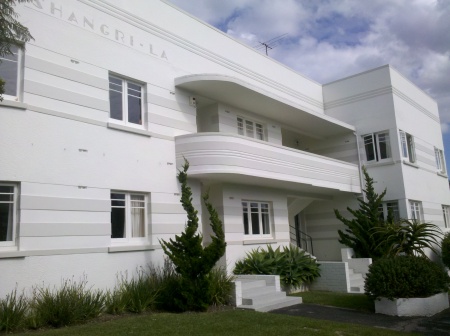 Shangri La Apartments on Gladstone Road. An “iconic art-deco building in one of Parnell’s top locations”, according to real estate company, Bayleys. There was an apartment for sale here that was snatched up instantly at auction. It looked nice, but I can’t imagine living in a Shangri La without a decent hair reomovalist.

I blame the brain-drain. For those of you not living here, the brain-drain, as the name suggests, is the phenomenon in which smart, talented New Zealanders entering the workforce discover that they can get paid a lot better for the same job anywhere else but here, but usually in Australia. I was a big fan of the brain-drain, until recently. Brain-drain has ensured my job security by making me look a lot better to my employers than I actually am. But now that I’m suffering from the down side of brain drain, I’m not so happy.

The art of brain-drain. Ceramic statues from what seems to be called the “Everything Must Go” store, filled with Italianate tchotchkes, on Parnell Road.

In the depilatory sector, gifted technicians have fled to pull and pluck in foreign places. And overseas. What we are left with is a cadre of practitioners not so much concerned with excess hair removal and trimming, as it is with selling unnecessary products.

I didn’t realize things had gotten so bad until Jacquie went to Forme last week for an emergency eyebrow wax-and-dye. Normally, she has a girl back in Mt. Eden to do this. But as she was on vacation, Jacquie had no choice. She describes her experience here:

There were two people there when I came in and they both came around from behind the counter. They both had a different product they wanted to sell me. One was a dye and the other was a failed glaucoma medication that has the unexpected side effect of making your eyelashes grow really long. I had turned up in a ratty old sweatshirt and a baseball cap and I thought, “you think I’m the kind of person who buys that shit?” The one with the failed glaucoma medication shoved her face in mine and said, “Look, I have done it”.  Her lashes were pretty long. They looked like a bunch of spiders. I can’t believe that people actually use this. But the gross thing was I DID buy something. It was the only way i could get out of there. A few days later they left a voice mail for me saying, “How are your eyelashes doing?” The only reason I went there as because my normal one was away.

I feel her pain. Don’t get me wrong, I think it’s important to pluck your excess hair. I just wouldn’t go to a salon to do it. There’s nothing that a good pair of fingernails and a quick flick of the wrist can’t solve on the depilatory front. Sure, my method leaves me looking like the victim of an industrial accident, but at least it was free. At the same time, as I was starting to say, I sympathize with Jacquie. Things couldn’t possibly get worse in the developed world.

A BASEMENT LIFE  MOTHER’S DAY QUICK TIP: Now, I know Forme offers gift certificates for procedures such as waxing and such. People might be tempted to treat their mothers to a Forme spa session. But can I make a suggestion? It’s my experience that mothers are touched by home-made things on Mothers Day. So, instead of getting your mom a gift certificate, offer to pluck her excess body hair yourself with your fingernails. She’ll think it’s adorable, and quickly say yes.

So if we don’t have a decent hair plucker, what is there in Parnell?

It might surprise you, but the centre for consciousness is located right around the corner from us. See?

How to find your centre

The car par at the centre of consciousness.

Incidentally, and stop me if I’ve said this before, but what do cars need a park for? Because they don’t get enough fresh air? What, do they run around and toss frisbees at one another and have a picnic? Do they climb the monkey bars and shit? Do they drink beers out of brown paper bags? I don’t really see in the picture above the “park” aspect to what Americans refer to as a “parking lot”. Maybe after all the people leave, it turns into a theme park with rides and simulators and stuff. Maybe that’s the Park part that we never get to see. Maybe there’s a simulator that give cars the chance to feel what it’s like to drive a car. The technology is there.

But if you’re going to leave your car anywhere by itself, make sure it’s not at the Parnell Rose Garden car park. Apparently, what Parnell has are a lot of smash and grabs, at least according to this warning: 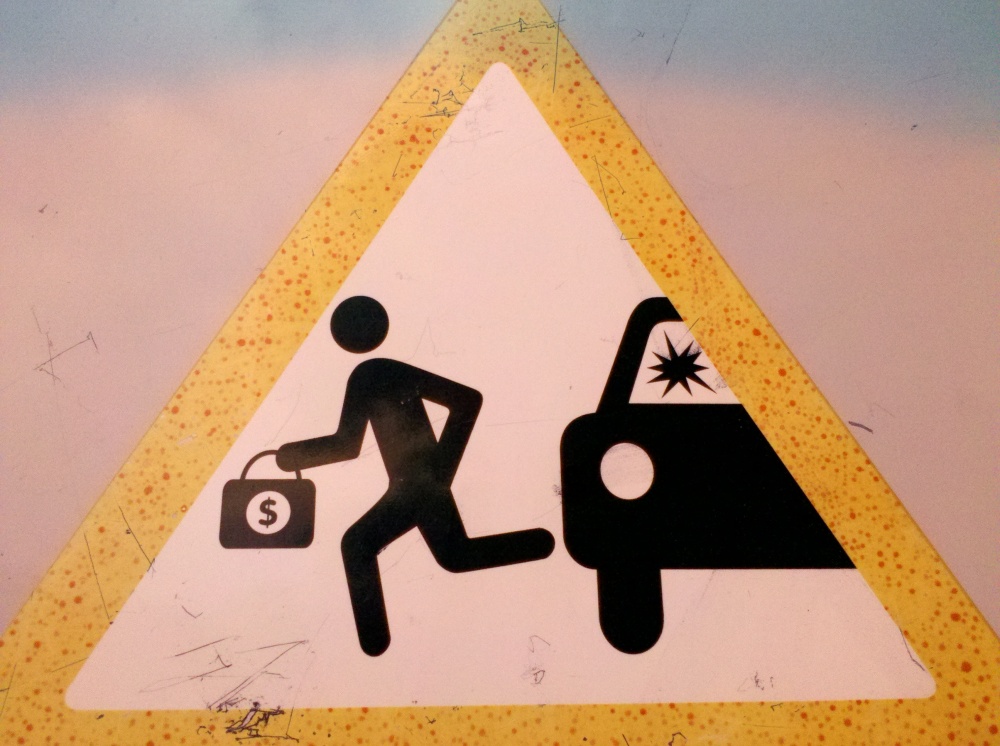 If you need a sign to tell you not to leave a bag marked “$” in your car, the sign isn’t going to help you at all anyway. Indeed, I scoffed when I saw this ridiculous warning. Then I noticed that some guy who had his feet, hands and head chopped off running away with Jacquie’s money bag. So, I definitely learned my lesson.

This was on the same day Jacquie and I passed the Parnell Baths on our way to the Hobson’s Bay Mangrove walk where you’re not supposed to let your dog off the leash but everyone does.

Anyway, the Parnell Baths looked pretty cool off-season when they were empty.

Just imagine how they’ll look when the summer comes back again: 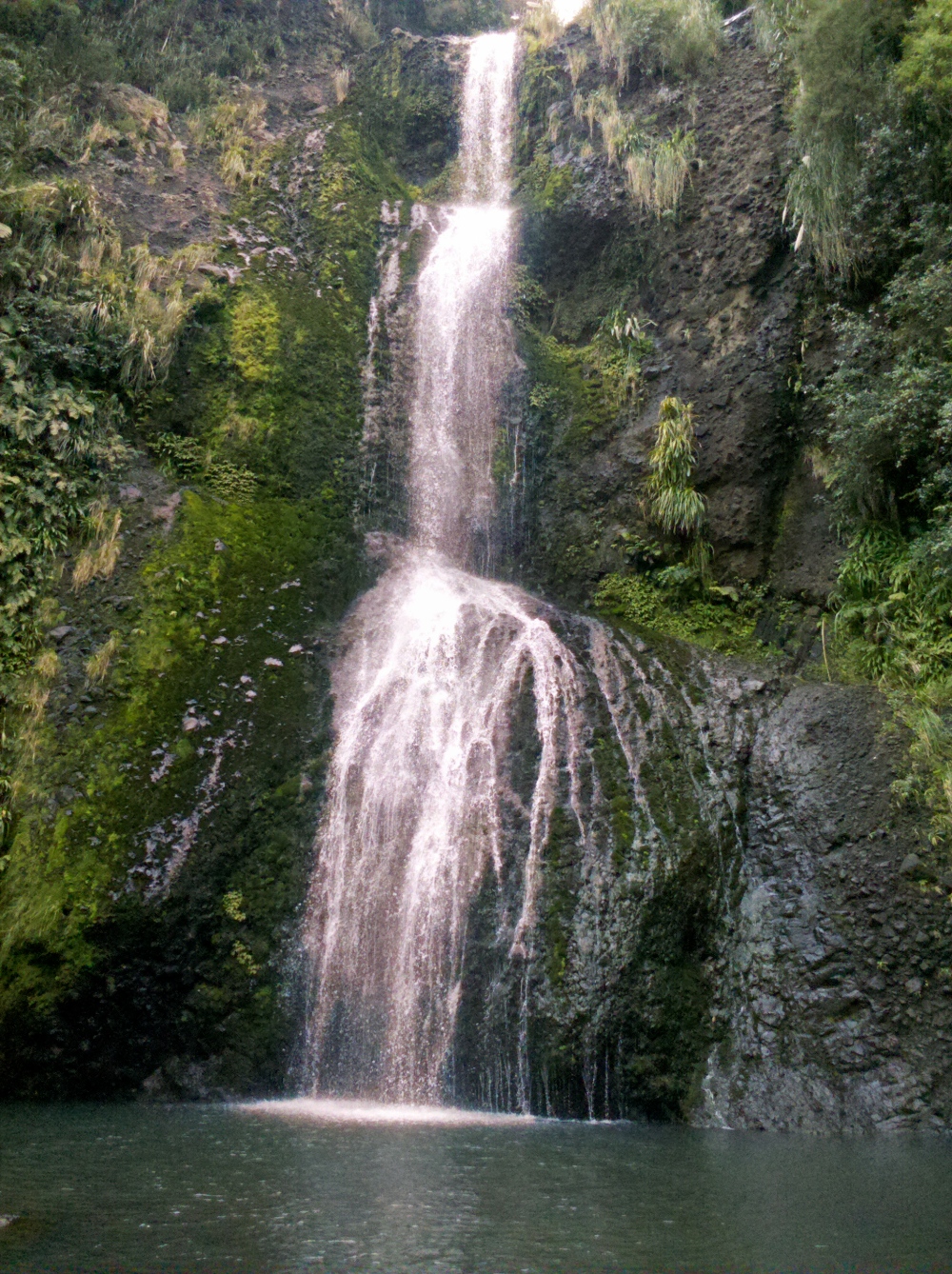