This is a special time for a special lady and the entire world is sitting up and taking notice, like a well-meaning but half-witted poodle.

It’s Queen Elizabeth’s Diamond Jubilee, and in New Zealand, everybody gets a three-day-weekend, as we also happen to be commemorating the monarch’s 86th birthday. Everybody wins. I get to sleep late, England gets to enjoy the illusion of its own significance, and the Queen gets to look back on another year of opulent sloth.

If I’m coming off as harsh, it’s only because I’m jealous. Most unemployed, inbred, octogenarian people with dumb accents spend their birthdays like any other day. By spitting tobacco juice out of their toothless gobs onto the heads of the grandchildren eating dirt in front of the porch and don’t even notice anyway. Oh, no. Not the Queen. That’s not her scene. No, Queen Elizabeth gets something special. A thousand-vessel flotilla up the Thames, including a waka.

I’m sorry. I guess I just don’t understand the royal prerogative. In America, we don’t have a person who inherits the mantle of statehood by dint of genetic composition; who earns, simply from having been born, the deference of a nation, and the power to rule it supremely, for life. In America, anybody can be a douchebag.

And most of us are. It is no glowing, jingoistic hyperbole, but a simple, historic fact the Declaration of Independence civilly GUARANTEES an individual’s inalienable right to being a douchebag, specifically in the pursuit of happiness. America has come through with flying colours, as far as I’m concerned, in the protection of THIS, OUR PREMIER among several DOUCHEBAG FREEDOMS. From slavery, to the Vietnam War, to American Idol, what happiness could be greater than the joy we take in the suffering of others? That’s why America rebelled in the first place: why should the Royal Family have all the Schadenfreude?

New Zealand never broke with the mother country the way America did. So it’s easy to understand why some Kiwis look to the throne with Britannic pride. She’s still Queen Regnant here, albeit more figurehead than executive, and the visit she made to New Zealand 60 years ago still makes the odd person stop in the middle of the street and break out in tears remembering the occasion. In fact, I had an experience the other day when I found this strange rock in the alley by our flat.

One of our neighbors told us that it was a coprolite. I was suddenly excited by my discovery. It touched my imagination. What ancient creature could possibly have generated this fossilized piece of crap? The neighbor, however, explained that it was not from any dinosaur, but it was from 1953, when the Queen paid a royal visit to the region, shitting everywhere she went, including New Zealand.

According to my neighbor, Elizabeth had tried to hold it in for as long as possible, so as not to have to use a toilet that someone else might have used. But two months is a long time, even for a royal sphincter. Also, Elizabeth was constantly being fed. And though she spat into a napkin as much of the food as she could without anyone seeing, it was obvious to her staff that she must evacuate her royal person, or die. Or die trying. They conferred, and seeing the royal doctor’s wisdom, she decided to shit as soon as she landed in Auckland. Her one caveat was that she still refused to sit on strange toilets, and when given the choice of having a new toilet manufactured for the occasion, or shit standing up, the queen chose the latter.

Whenever Elizabeth stopped to address a crowd, she would take that opportunity to shit and be adored by her subjects at the same time. My neighbor said some observant Aucklanders noticed and collected them as souvenirs of the royal visit.

“That’s amazing,” I said. “But how in the world did the Queen’s shit get fossilized in 60 years?”

“What do you mean ‘fossilised'” he said. “It came out that way.”

Still, Elizabeth’s reign is impressive. She’s spent more time doing nothing than any other monarch in British History, besides her great, great grandmother, Victoria, who celebrated her60th year of indolence in 1897. Considering this historic achievement, I think now’s a good time to write about my recent trip to Martha’s Backyard.

The last time I visited this emporium of American brands was a little more than two years ago, before it moved to Harvey Norman Plaza.

If you haven’t been there since the relocation, the new spot is a vast improvement. In the first place, it’s bigger, with wider aisles to accommodate the ample American ass. There are far more products in stock, apparently more staff who pay attention to inventory, and generally a superior, easier shopping experience than the last place. Best of all, it occupies a dominant corner of a soulless, suburban shopping center, with plenty of parking, which should satisfy many Americans’ nostalgia for the Old Country.

Actually, I got to Martha’s Backyard a little early the Saturday I went, so it was helpful to have a few other shops nearby to visit. I bought a rain jacket from a store where everything is made out of rubber, except the rubbers. 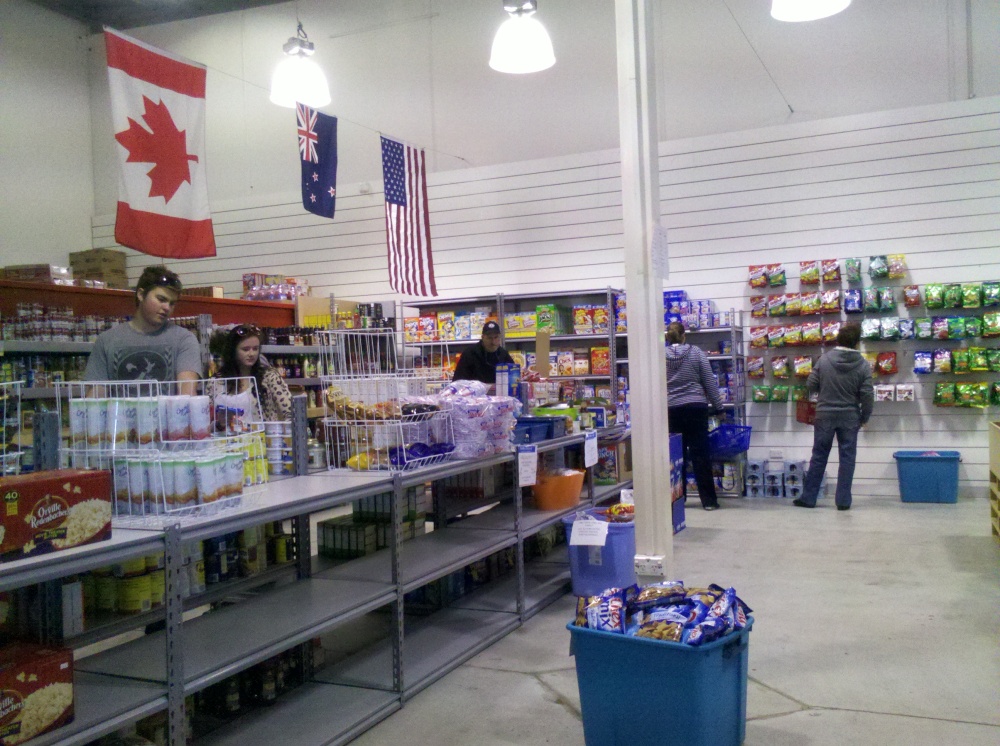 The day I went, I bought two jars of Vlasic pickles (Kiwis look at you funny when you mention savory pickles), a box of Cheerios, a box of Triscuits, some Mexican hot sauce, and something else, all of which I mixed into a bowl and dipped in a fat-fryer. 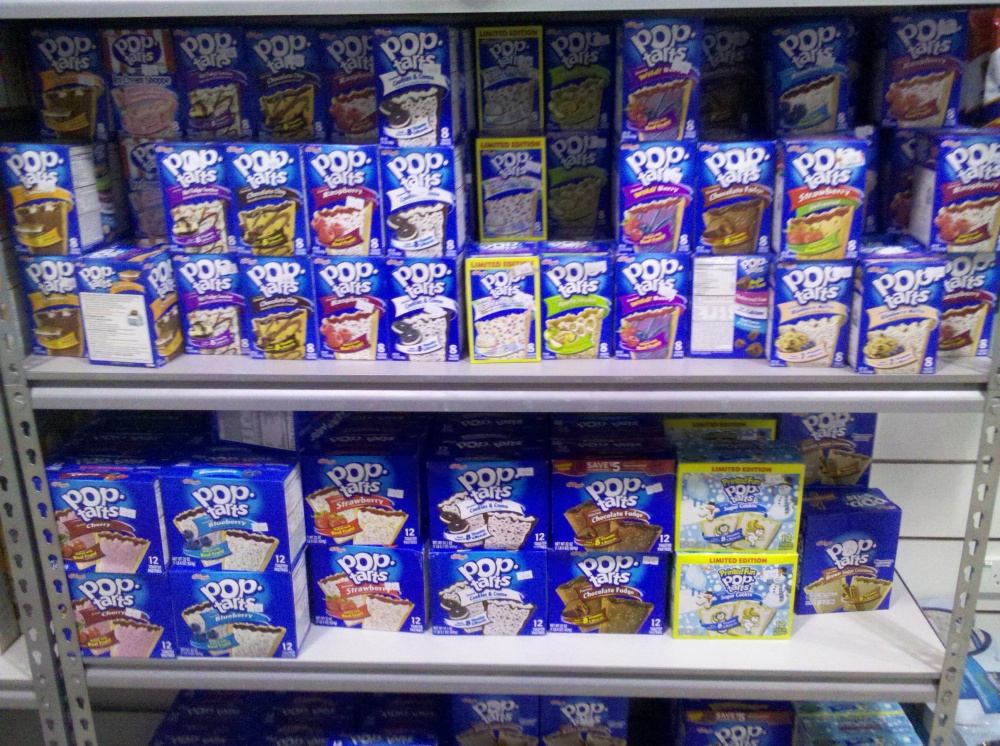 I didn’t get any Pop Tarts, but there is something at Martha’s Backyard for everybody. Even if you’re not from America. The day I went, I heard quite a few Kiwi accents talking about how they remembered this or that thing from when they’d visited the States. But even those who’ve never left New Zealand can find something in New Zealand to like.

There’s even an aisle that I think Bishop Brian Tamaki of the Destiny Church might be interested in. 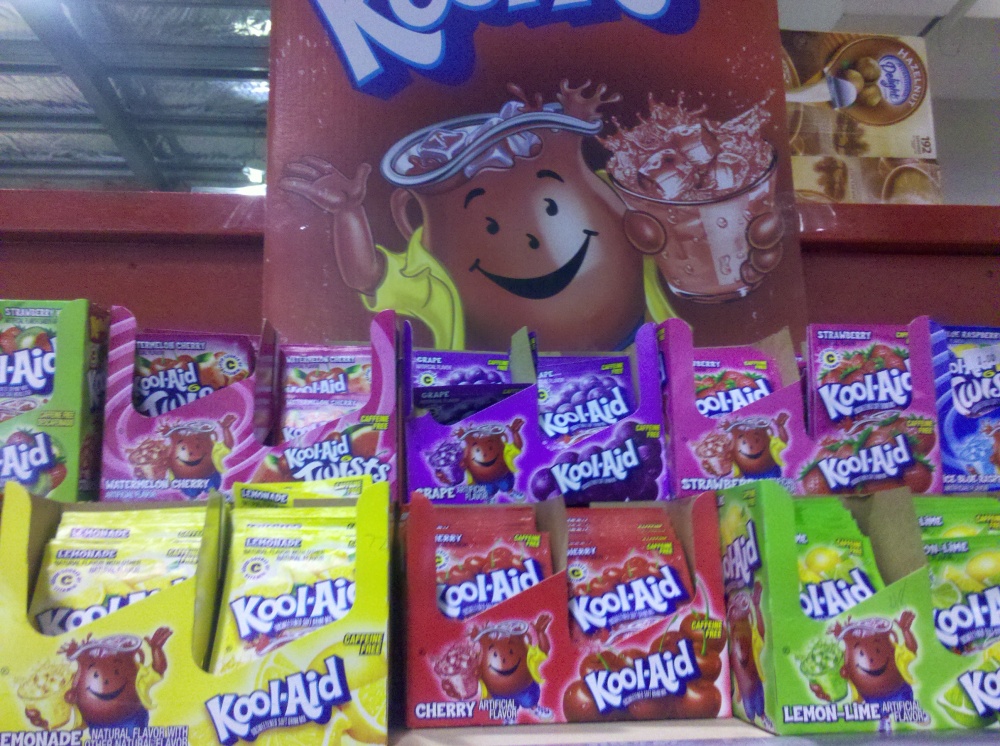 Now that I look at these pictures again and think about the significance of the Diamond Jubilee, I’m compelled to make an observation.

The queen might have been big here 60 years ago, but with America’s cultural domination, political influence, and bullying of the local judiciary, as illustrated by the Megaupload case, I have just one thing to say to Her Majesty on behalf of America. Hands off, lady. New Zealand’s our bitch now.