Kiwis viewed the race as some kind of Cinderella story for the nation.

We didn’t know. We wouldn’t know until it got closer to the end. That’s how time works, dip-shit. 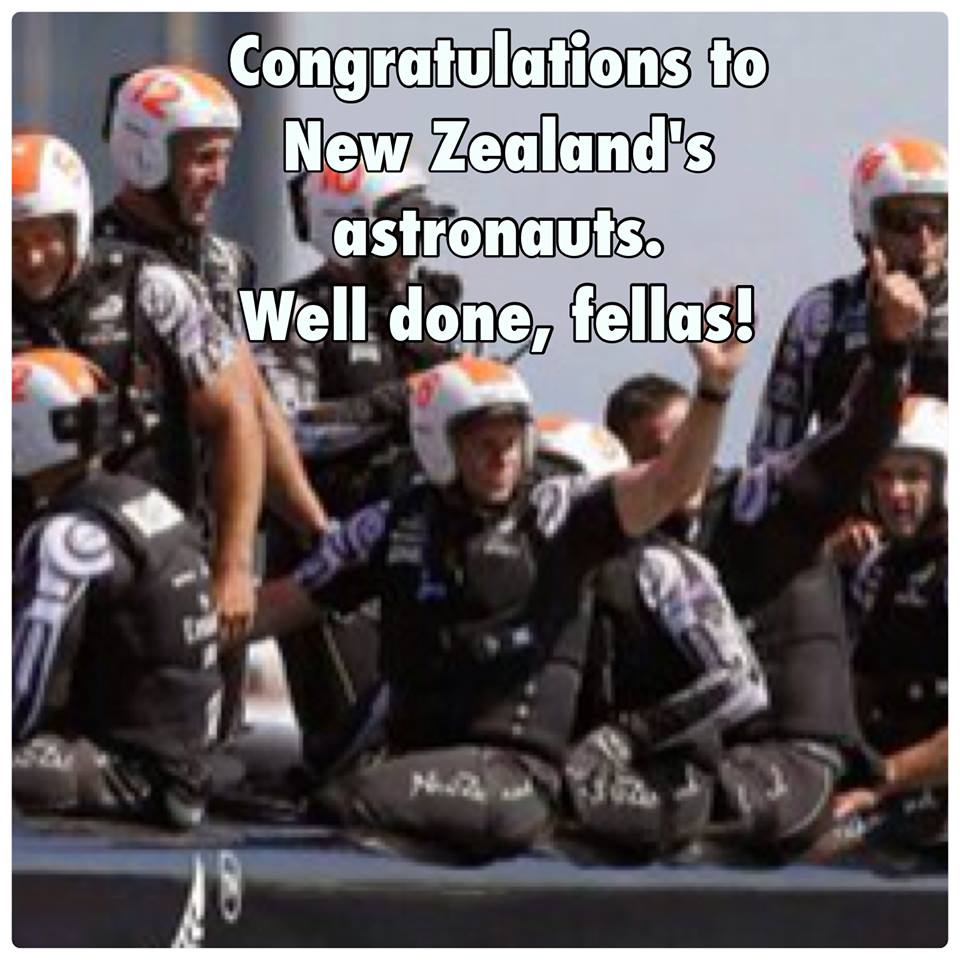 Our eyes were glued to our computer screens, throughout the race. Our asses were screwed to our chairs, our fingers frozen on the refresh button.

We had a lot of explaining to do when the paramedics showed up.

Not me. I was disappointed. Americas Cup, my ass. If it was the “Americas” cup, why were there no shots fired? Oracle could have demonstrated what makes the US the greatest nation in history: our eternal commitment to wanton gun violence.

That’s not the America I know and love. New Zealand has a lot more interesting things going on than coming in second place in a corporate sea-spectacle.

And by “a lot” I mean, in this instance, they have a nice train station.

As Architectus writes on its website, “Modal priority in interchanges should follow the principle of having the most efficient and sustainable modes given the most prominent location.”

And how in the world did I end up passing through there in the first place?

It’s a funny story. Remember a few years ago when I had some prominent, non-speaking cameos in Spartacus: Sand and Blood and Shortland Street? And remember when I promised I’d never do that kind of shit-work again? And remember when I said I’d rather eat raw sewage than to spend any time in New Lynn?

I was working as an extra in New Lynn.

It was for a TV commercial being filmed on location at a mechanic’s shop near the depot.

At first, the producers wanted me to play a happy customer.

But after a few takes, they realized they would not be able to get my whole nose into the frame without a more expensive lens.

The director saw me smiling and decided the best solution would be to have me play a jack-o-lantern in the background, as long as she only got me head-on.

It was easy work, and it had some perks.

The day before, we were shooting on location at a cafe and we got tons of free coffee.

The mechanic was equally generous and gave us tons of free coffee mugs filled with motor oil.

As I didn’t have my car with me, I felt obligated to drink some of it, so as not to come off as ungrateful.

Then I went home.

Auckland’s historical suburban development does not lend itself to beautiful, or even remarkable public spaces.

The New Lynn station is one of them.

Light imbues warmth to even the most institutional materials necessary to meet the fire code.

The main escalators are sided with clear and opaque glass, allowing light to penetrate to the lower level of the terminal.

The escalator leads to the waiting area, which connects commuters to a major bus terminal outside, to buses and a taxi stand.

The bus stops and taxi stand on the street would not have made sense without the trench, which allows for surface traffic to move unencumbered by passing rail traffic. 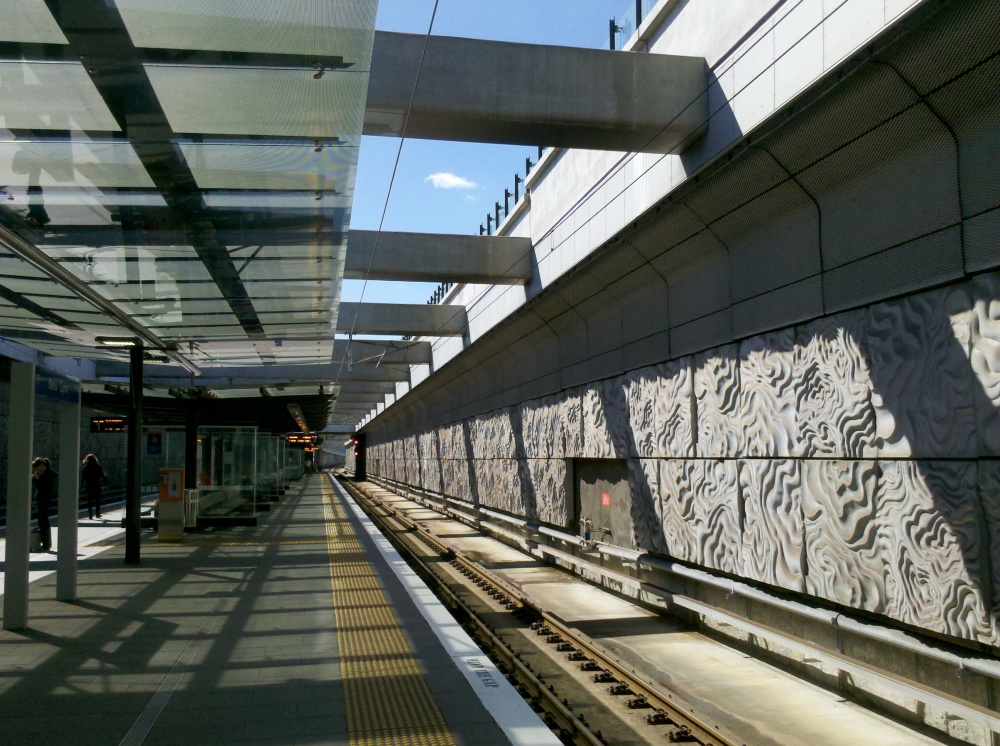 Details in the trench walls convey a sense of animation to passengers in trains leaving and entering the station.

But they are also reminiscent of contour maps, a reference to Auckland geography, adeptly contrasting a human relationship with motion and stillness

The contours may also cushion the noise from passing trains, while at same time giving bored passenger who forgot their kindles something to look at that won’t drive them completely insane.

The design is conscious of light throughout, with a pleasant lattice forming between the shelters and cross braces and the platform below.

If you were tripping on LSD, you’d probably think you were standing on a sun-speckled forest floor.

Or you might think you were a nectarine. It all depends.

Or as the judges of the New Zealand Architecture Awards said:

As a hub for a catchment benefitting from improved transit-oriented catchment for public transport, the hub performs a welcome place-making function in a part of Auckland ill-served by a generation of car-focused planning.

By lowering the rail track beneath road level, the architects have untangled local infrastructural knots and provided ample space for a user-friendly platform. A successor to the noble tradition of railway architecture, this project is a beacon of quality in a sea of indifferent buildings and a benchmark for future development.